Modern progress can’t be stopped – it’s developing rapidly. And if a couple of decades ago, electric cars could only be seen in science fiction films or as a concept model at automobile exhibitions, then in the modern world, anyone can afford to buy or pick up electric car rental with a hybrid engine or a fully electric car.

The following list includes only the best modern electric cars, which were chosen by customers and not by experts. This is because only the ordinary driver can check out the quality of the car in the best way. So, let’s get started… 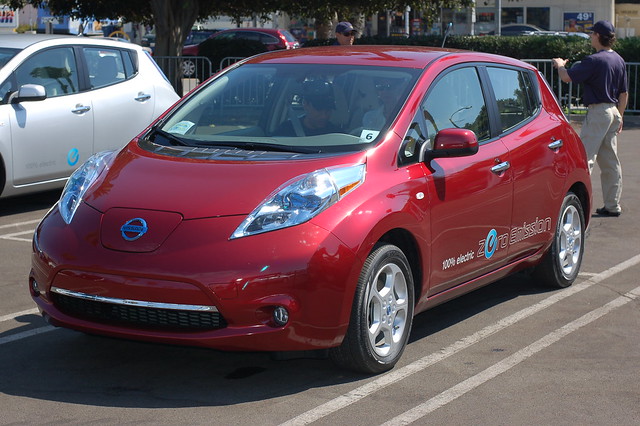 Nissan LEAF opens the rating of the best electric cars. It’s one of the best-selling electric cars in the world. They can be found almost all over the globe. Despite the fact that the car belongs to the class of urban, it has a fairly good aerodynamics. Availability of the car and the ability to charge from the most ordinary household power supply are also important factors of popularity. The engine power of an electric Nissan LEAF is 80 kW, and one battery charge is enough to drive 121 kilometers. The dynamics of acceleration is not very impressive – 11 seconds to 100 km/h, but this is not the most important thing for a city car. 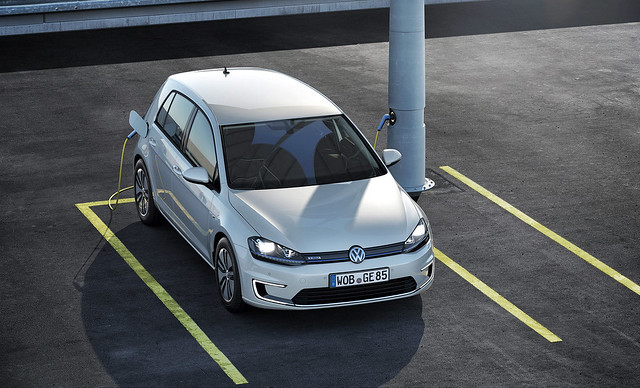 No one in the world has any doubt that if German manufacturer starts doing something new, then it will definitely have a great car, even if it’s an electric vehicle. A prime example is Volkswagen e-Golf – one of the best electric cars on the market. This is a compact family car with a rather roomy hatchback body. An engine power of 85 kW is enough to accelerate a fully loaded car to 140 km/h, and using different modes of operation, the electric vehicle is able to travel from 130 to 190 km on one charge – a great result for country trips to nature or traveling to a nearby city. If there will be modern electric refueling stations on the way, then you can replenish the stock of energy up to 80% just in 30 minutes. 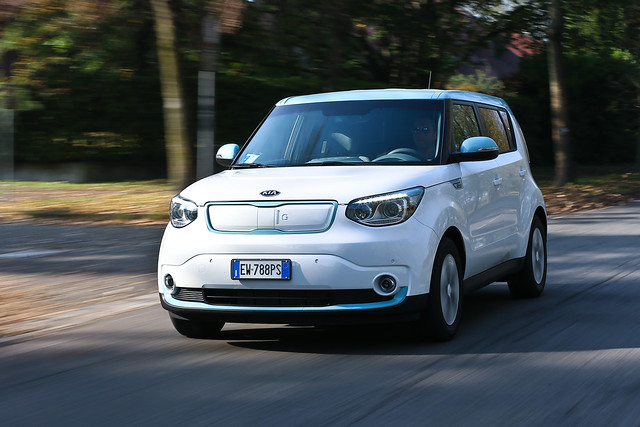 Like many other manufacturers, Kia took the usual car as a basis. Engineers tried to create one of the best cars with an electric engine – Kia Soul EV. Unlike other models, this representative of electric cars has a decent trip reserve on a single battery charge. The body of the Kia Soul EV belongs to the class of microvan and is able to accommodate up to 890 liters of luggage. The 81-kW engine is not very powerful, but it can move a car with passengers for 200 km by using standard batteries. The electric car Kia Soul EV has a quick charge function that can take 80% of its capacity just in 30 minutes. The vehicle is versatile enough, and will be the ideal car for the whole family. 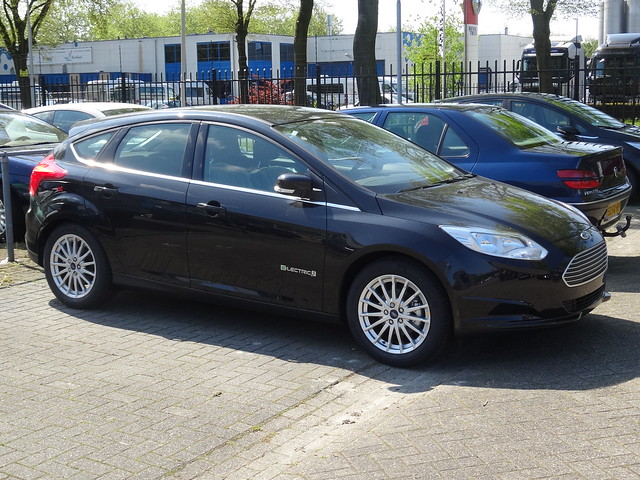 Recently, the American manufacturer Ford has lost a significant number of customers. In order to return some of its fame, the company has created one of the best electric vehicles on the modern market – Ford Focus Electric. It’s quite powerful and stylish car. An electric motor with the capacity of 100 kW can accelerate a car up to 136 km/h. Reliable and durable unit of lithium-ion batteries can accumulate charge, which is enough to travel at least 120 km. This is a great hatchback for urban needs. It can provide significant savings in the family budget. From a regular electric network, batteries will be fully charged for about 8 hours. 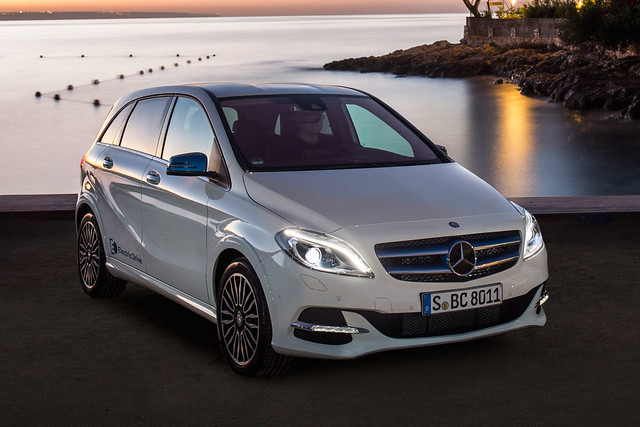 This model looks very similar to the B-Class line. The only external difference is a slightly raised body, which is necessary for placing batteries. This compact van is equipped with a 132 kW electric motor, accelerating a fully loaded car to 100 km/h in 8 seconds. Depending on the selected mode of operation, the car is able to travel on a single charge from 140 to 200 kilometers, which is an excellent result for a 5-seat car! Unlike other electric vehicles, this one has a really roomy body – up to 1,456 liters. 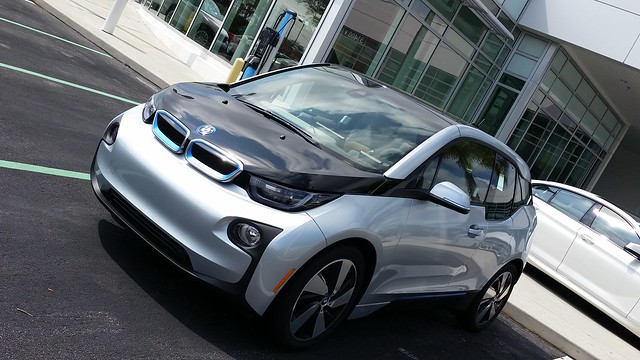 BMW i3 opens the top three high-quality electric cars. This small-sized electric vehicle is very suitable for the city. Of course, it’s possible to enjoy long-distance trips if there is an extensive network of refueling stations on the way. Externally and internally, BMW i3 electric car looks more like a fantastic car from the most modern movie. Mileage ability on one charge can be quite different: from 130 to 180 km, depending on the mode of operation. The maximum speed of 150 km/h is quite sufficient, and the dynamics of acceleration will delight while traveling around the city. You can accelerate BMW i3 to 60 km/h just in 3.8 seconds. 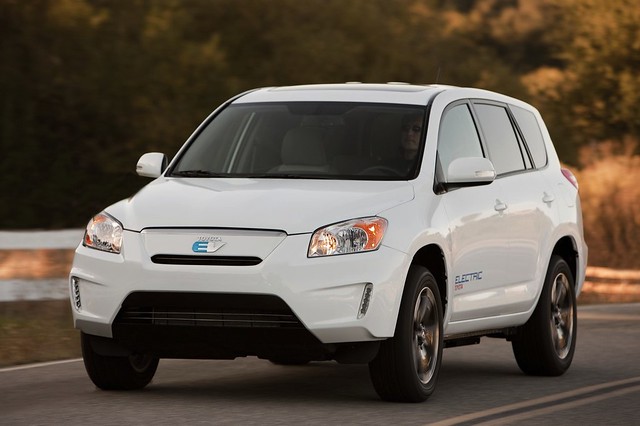 Toyota RAV4 EV is the best crossover with an electric motor. The Japanese manufacturer has released a line of 1500 cars, which are not much different from their famous predecessor. This model is equipped with an electric motor with the power of 154 hps, and the built-in battery can move this car for 165 kilometers. This is quite enough to drive around the city, and even leave the boundaries of the district. Batteries are particularly reliable. Under normal operation, a mileage of 100,000 kilometers is not a limiting indicator. Electric Toyota RAV4 EV has all the advantages of a crossover, and can be operated in exactly the same conditions.

Tesla Model S is the best electric car in the global automotive market. And although it’s quite expensive, it still remains the sales leader all over the world. Many of the more expensive classic cars with an internal combustion engine cannot compete with this technological miracle of modernity. This is due to the fact that the car has unique characteristics and excellent maintenance at service centers. Electric Tesla Model S is available in four versions, which differ in the motor power and battery capacity. So, the top model in the lineup can accelerate to 100 km/h just in 2.7 seconds. A power reserve is enough to travel 613 kilometers without additional charge.