A car is an integral part of modern life. People use it both for business needs and for simple trips around the city, while tourists are used to rent a car at rentalcars24h for easy movement between the places of interest.

So, the automotive industry doesn’t stand still and constantly offers customers the latest technologies in cars. This is not only a more comfortable design and better parts, but also all kinds of systems that allow you to plan a route and facilitate the process of driving. Here’re some of the most progressive ideas…

Driving in bad weather or at night is always problematic. That’s why the researchers decided to invent the so-called “smart” headlights. They are already being installed on expensive car models, and soon this process will become more widespread. 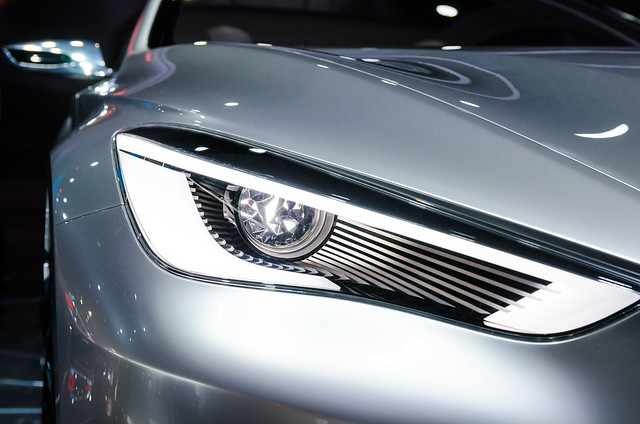 Ford Motor Company plans to use adaptive headlights on new cars. They take into account the speed and angles of rotation, are capable of changing the intensity and direction of the luminous flux, tracking of passing and oncoming vehicles. 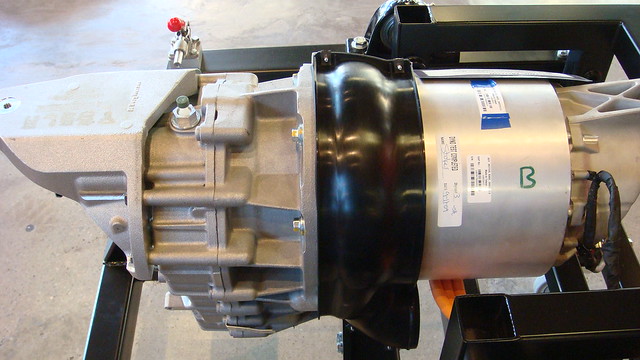 Toyota decided to reduce the amount of rare-earth metals used and manufacture electric motors by using new technologies. In their production, dysprosium and terbium are not used, and the amount of neodymium is decreased by 2 times. As a replacement, the developers proposed other options ─ cerium and lanthanum. The price of such metals is much lower, which significantly saves financial costs.

In the near future, Google Glass glasses can expand their capabilities. They will display all kinds of information about the car, and perform the following functions: 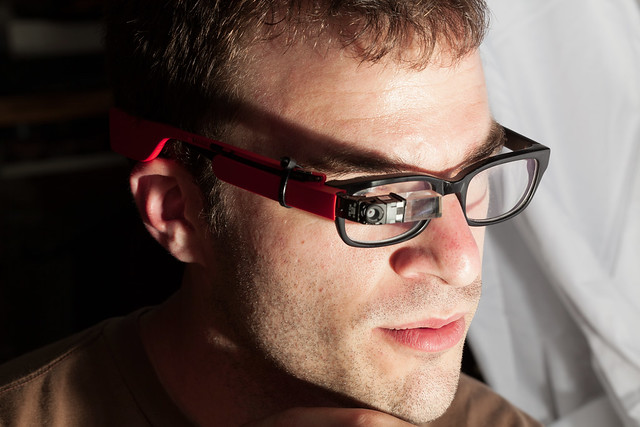 Volkswagen has already developed the Marta interface. It will help users to repair cars on their own. Electronics tracks the master’s eye and gives hints about the location of the right tools or parts.

The newest technologies in the automotive industry are car body panels that can accumulate energy much faster than standard batteries. They allow you to change heavy and bulky batteries for thin and light ones. Polymer carbohydrate fiber and resin will be used for their manufacture. 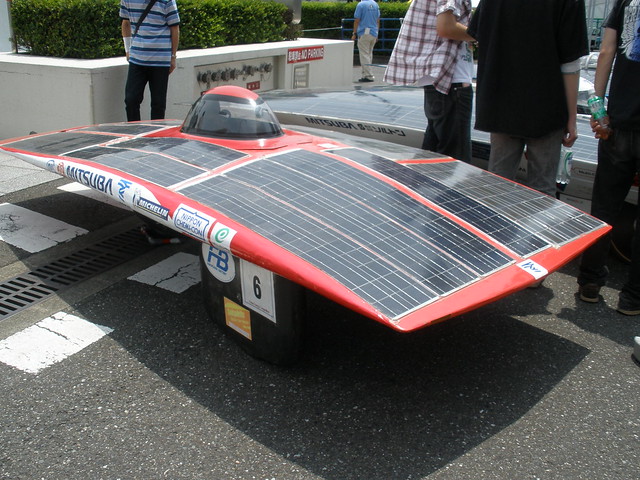 Replenishment of energy is performed by plugging in the socket, an alternative way ─ using the braking energy recovery system. Moreover, the time for charging such a battery takes much less than for a standard battery. The new material has obvious advantages: strength and easily changeable shape. Also, one of the advantages of such panels is significant decrease of car weight. The development of this technology is being actively made by Volvo.

Since 2011, Mercedes-Benz has been producing cars with a special Attention Assist device. It’s designed to track the physical capabilities of the driver. If the need arises, the system sends a signal to stop the car. It doesn’t require the direct participation of the driver, or his minimum intervention is enough. 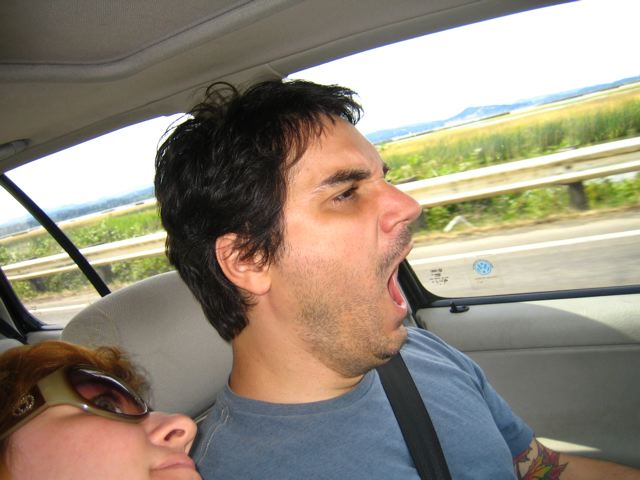 The verification is performed on the basis of three factors:

Many automakers are engaged in the production and testing of autonomous driving systems. Not so long ago it seemed fantastic, but now cars with an automatic driving system are already a reality. Their work is provided by a variety of sensors that send messages about obstacles on the roads. 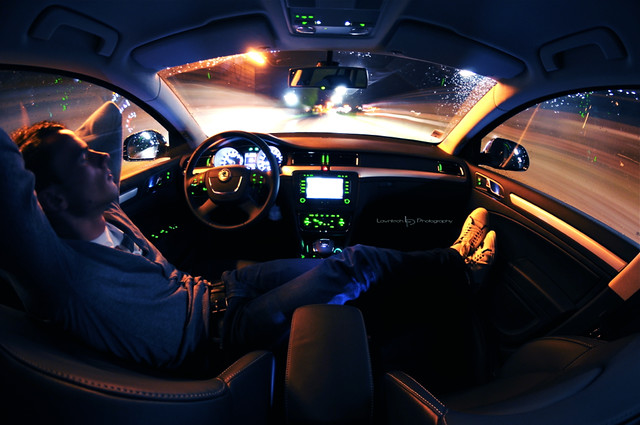 For example, the newest Mercedes S-class is able to drive a car, and if necessary, slow down and stop it. But not only car concerns are developing this technology. Google has also created a system that allows the vehicle to move independently. It uses surveillance cameras, navigation maps and radar data.

According to statistics, drivers regularly check the pressure in the tires of their cars. It must meet certain standards. If the wheels are not pumped properly, then this is a direct safety hazard. In addition, this fact automatically increases fuel consumption. 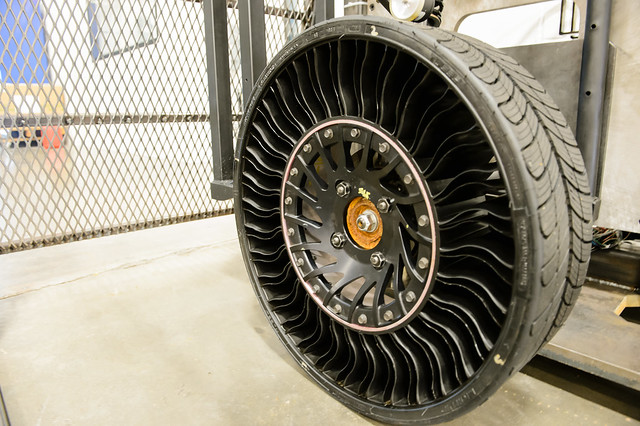 Bridgestone easily solved this problem by creating concept-free airless tires. Their mass production hasn’t yet been established so far, but this technology will be developed for the next five years. These tires contain a hard rubber micro-grid instead of air. It has the ability to maintain the original shape of the wheel even under extreme load. That’s why the car will be able to continue driving without danger to life even when the wheel is punctured.

One of the new technologies in the automotive industry is automatic car parking. It’s able to simplify this process in large cities. So far, these new items are installed only on expensive cars in the top equipment. Electronic systems are able to determine whether the car fits in size, calculate the speed of movement and the optimum angle of rotation of the wheels. However, the driver always has the opportunity to stop the automatic parking, if he doesn’t like something, and park the car by his own. 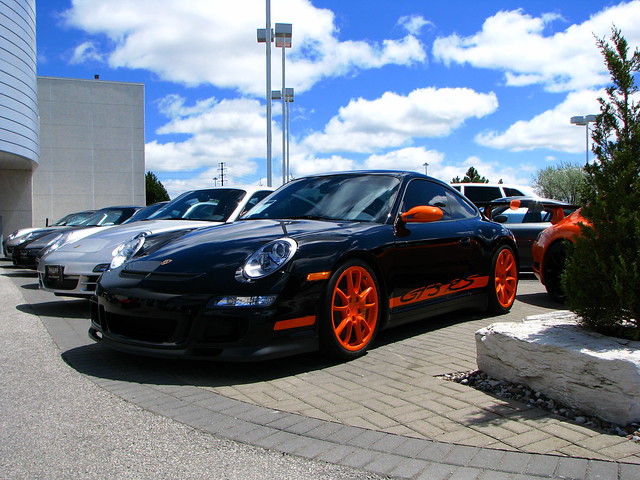 Summarizing the above-mentioned technologies, in the near future we can expect even more different functions that can assist drivers on the road and in the parking lot. Of course, innovations will be developed in the direction of power-saving and super-efficiency, as well as reducing environmental damage.